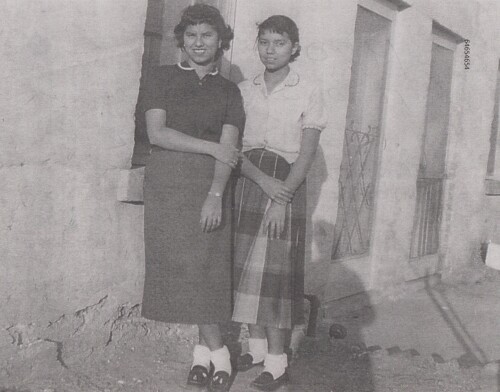 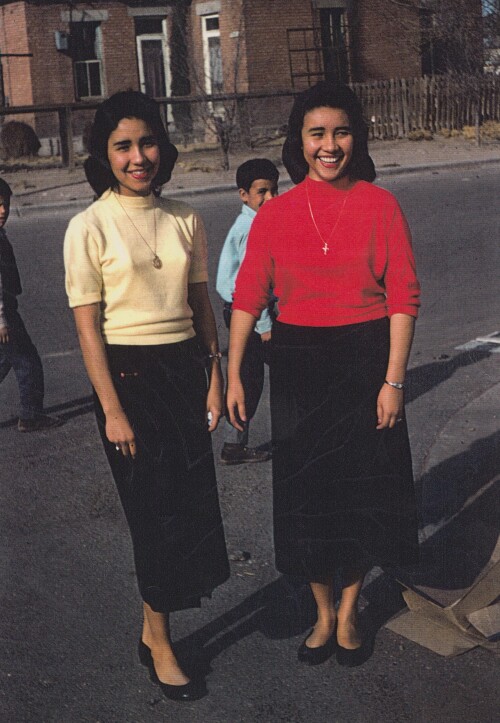 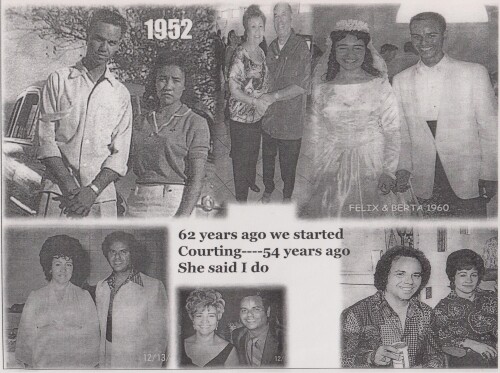 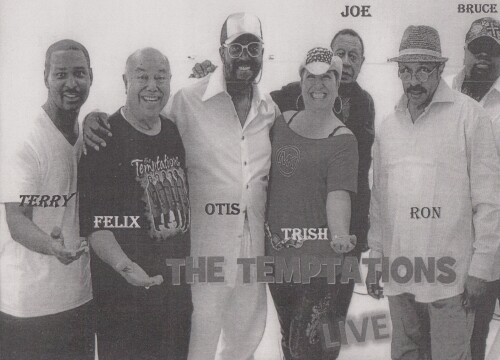 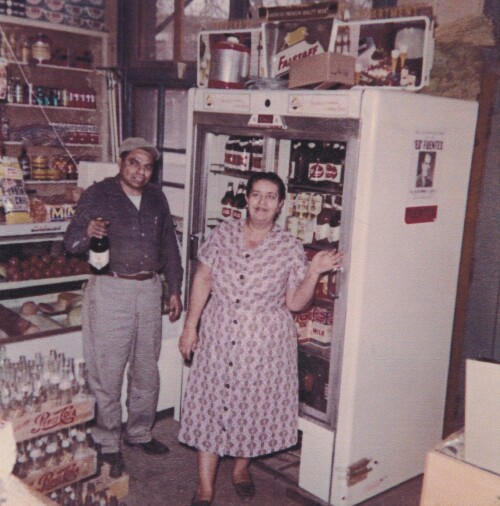 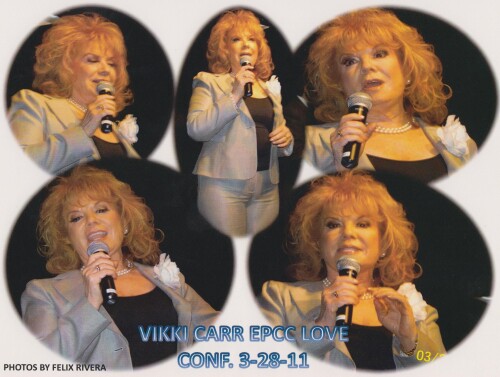 Left to right: Enriqueta Rivera and Mickey Rivera in the Chamizal area of El Paso, Texas.

Left to right: Mary Corona, and Berta Corona stop to take a photograph.

I saw the Temptations when they came to El Paso to perform at the Civic Center. It was fantastic; I remember they wore green sequins jackets. I think it was Harry Chapin who opened for them as a last-minute stand-in act. Wonderful times!

Born Florencia Bisenta de Casillas Martinez Cardona in El Paso, Texas and raised in Southern California, the eldest of seven children, who would later change her name to Vikki Carr, began performing at the age of four singing Adeste Fidelis in Latin at a Christmas program. She was signed to a contract with Liberty Records in 1961. She recorded He‘s A Rebel, which first became a hit in Australia. That title was soon followed by the unforgettable release, It Must Be Him, which charged up the charts in England. One year later, the single was released in the United States and earned Carr three Grammy Award nominations. The international hit emerged again when she and the song were featured in the storyline of the Academy Award winning movie Moonstruck. After It Must Be Him came a string of hits including With Pen In Hand, for which she received her fourth Grammy Award nomination, The Lesson, Can’t Take My Eyes Off of You and For Once in My Life.

In addition to her many album releases, Vikki Carr has appeared on stage and television. She has starred in productions of South Pacific, The Unsinkable Molly Brown and I’m Getting My Act Together and Taking It on The Road. In 2002 she starred in the Reprise production of Steven Sondheim’s beloved musical “Follies” in Los Angeles, garnering glowing reviews from the LA Times, Hollywood Reporter, and Variety. Two years later, Los Angeles PBS affiliate, KCET, filmed a special Vikki Carr: Memories, Memorias: a salute to the English‑language hits of the 1940s and 1950s originally composed by Latinos, and featuring guest appearances by Jack Jones, Pepe Aguilar and Arturo Sandoval. PBS again tapped Vikki to host and star in a new production celebrating the music of Mexico, Fiesta Mexicana, which was featured on all PBS stations in 2008.

A frequent musical guest on major network variety shows, including Dean Martin, Ed Sullivan, Perry Como, and Carol Burnett, Vikki also taped six specials for London Weekend TV. As an actor, she appeared on the Bing Crosby Show, Mod Squad, Fantasy Island, Baywatch and many other shows. Vikki was the first female to regularly guest host for Johnny Carson on the Tonight Show. 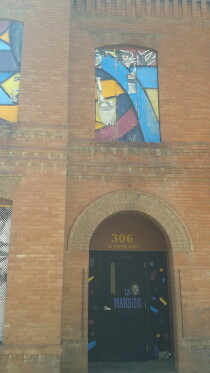