This is a picture of Jose Carbajal between 1908-1920. This accompanies a picture with Caretina Valles Carbajal, and they were married in 1908. They lived in Ysleta. They moved to California in 1920. The unknown is his badge. Was he a sheriff? Local protection? Census said he was a janitor for the Ysleta school district at the time. When they moved to California, he was a steam machinist for the railroad. 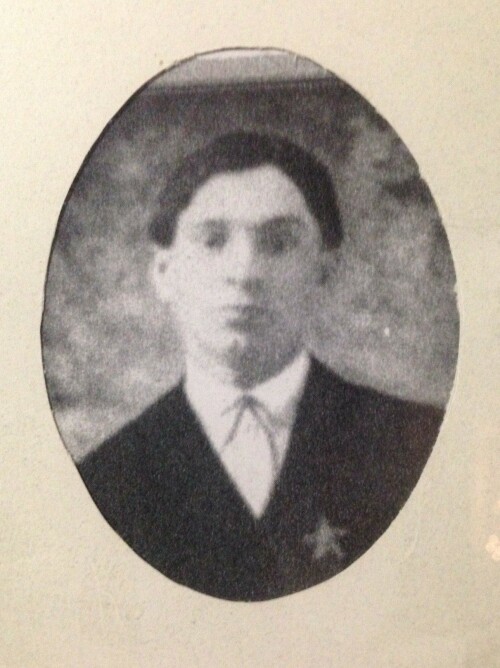