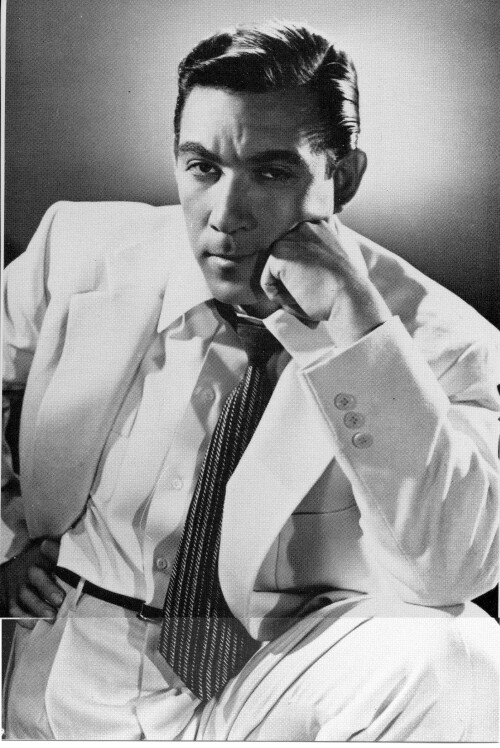 Quinn was born Antonio Rodolfo Quinn Oaxaca in Chihuahua, Mexico, during the Mexican Revolution. His mother, Manuela "Nellie" Oaxaca, was of Aztec ancestry. His father, Francisco (Frank) Quinn, was also born in Mexico, to an Irish immigrant father from County Cork and a Mexican mother. Frank Quinn rode with Mexican revolutionary Pancho Villa, then later moved to the East Los Angeles neighborhood of City Terrace and became an assistant camera man at a movie studio. In Quinn's autobiography The Original Sin: A Self-portrait by Anthony Quinn he denied being the son of an "Irish adventurer" and attributed that tale to Hollywood publicists. Quinn grew up first in El Paso, Texas, and later the Boyle Heights and the Echo Park areas of Los Angeles, California. He attended Hammel Street Elementary School, Belvedere Junior High School, Polytechnic High School and finally Belmont High School in Los Angeles, with future baseball player and General Hospital star John Beradino, but left before graduating. Tucson High School in Arizona, many years later, awarded him an honorary high school diploma. After a short time performing on the stage, Quinn launched his film career performing character roles in the 1936 films Parole (his debut) and The Milky Way. He played "ethnic" villains in Paramount films such as Dangerous to Know (1938) and Road to Morocco, and played a more sympathetic Crazy Horse in They Died with Their Boots On with Errol Flynn. By 1947, he had appeared in over 50 films and had played Indians, Mafia dons, Hawaiian chiefs, Filipino freedom-fighters, Chinese guerrillas, and Arab sheiks, but was still not a major star. He returned to the theater, playing Stanley Kowalski in A Streetcar Named Desire on Broadway. In 1947, he became a naturalized citizen of the United States. He came back to Hollywood in the early 1950s, specializing in tough roles. He was cast in a series of B-adventures such as Mask of the Avenger (1951). His big break came from playing opposite Marlon Brando in Elia Kazan's Viva Zapata! (1952). Quinn wanted to play the lead role of Zapata but Brando, coming off his recent success in the film Streetcar Named Desire, was Kazan's first choice. However, his supporting role as Zapata's brother won Quinn an Oscar while Brando lost the Oscar for Best Actor to Gary Cooper in High Noon. He was the first Mexican-American to win any Academy Award. Anthony Quinn died June 3, 2001(2001-06-03) (aged 86), Boston, Massachusetts, United States. As a Mexican national (he did not become an American citizen until 1947). http://en.wikipedia.org/wiki/Anthony_Quinn http://www.imdb.com/name/nm0000063/bio?ref_=nm_ov_bio_sm

The image shows the International Bridge connecting El Paso with ...

The postcard shows the International Bridge, probably in the ...

The postcard shows the U.S. Custom's Inspection on the ... 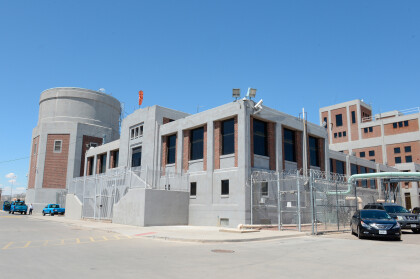 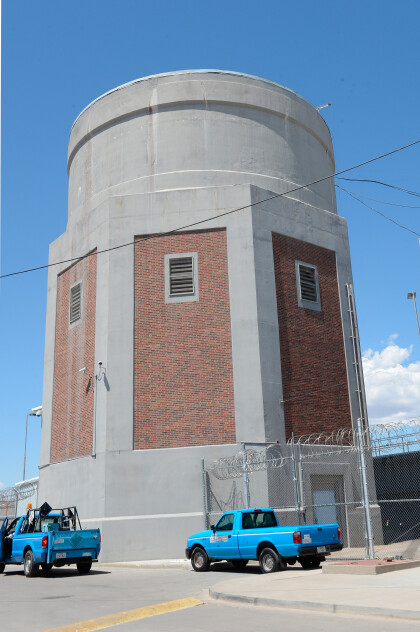 Street Scene at Corner of S. Stanton and Fifth Street - 1905

The image depicts a street Scene at the corner of South Stanton ...

BNSF's ""Santa Fe Freight House" is located at the south end of ... 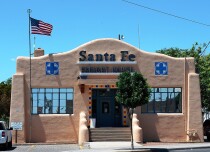 BNSF's ""Santa Fe Freight House" is located at the south end of ...

Border Patrol work on the river

Back of El Paso Laundry

This building still bears battle scars from the Mexican ...

Bus yard near the border

Bus yard near the border

Micaela and Lico Subia in Front of Mural

Micaela and Lico Subia in front of mural at their house. 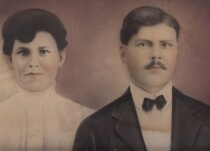