Chamizal National Memorial located at 800 S. San Marcial St., El Paso, TX 79905. In far west Texas, near El Paso, the Chamizal National Memorial is dedicated to the Chamizal treaty of 1963, signed by President John F. Kennedy and Mexican President Adolfo Lopez Mateos. That treaty peacefully resolved a boundary issue that had been a sore point between the two nations for over 100 years. Because the Rio Grande had changed course, as rivers do, the two countries couldn’t agree on the exact international boundary. The 1963 treaty equitably divided 600 acres between the two countries. Chamizal is one of two national park sites in America that commemorate a peaceful solution to an international boundary dispute. 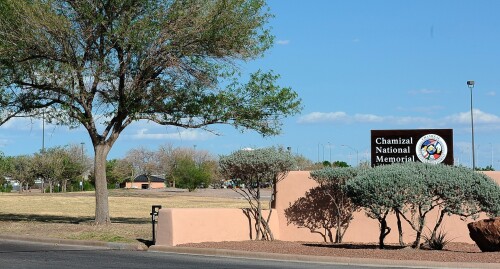 A graduation class of Douglass High School reunion in 1981 in El Paso, Texas. 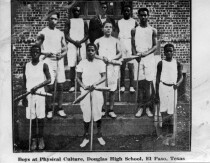 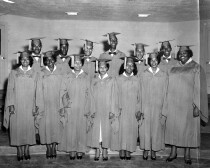