J. J. Armes and his wife Linda Armes, feeding one of the many animals they have at home. 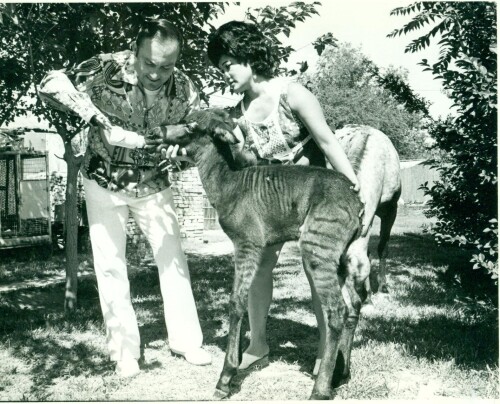