The Alameda - Piedras intersection was a business corner in 1907. Pictured is Mrs. R. E. Harris at the entrance of her husband's East El Paso Drug Store, which was next to the East El Paso Grocery Company. 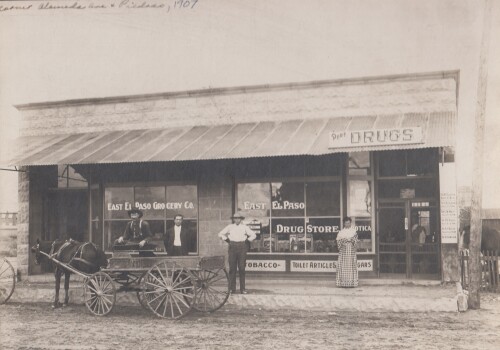