The image shows the Cordova Bridge in 1950. It is also known as "Bridge of the Americas". from 1996-1998 the bridge was re-built and now consists of two bridges, that each have two lines.
The bridge connects El Paso with Ciudad Juarez, Mexico. 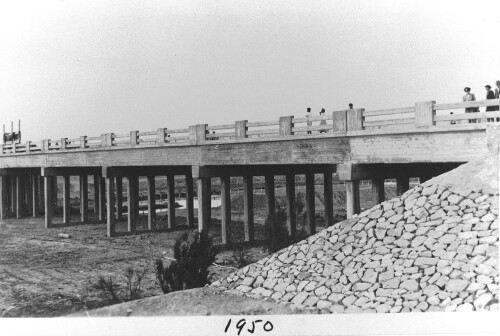