Before Ingeborg Heuser came to El Paso from Germany in the 1950s, ballet was almost nonexistent in the city.
The professional ballerina, who was in her prime and in strong demand in Germany, made El Paso her home, bringing with her a love of dance and a desire to teach. She taught at the University of Texas at El Paso for 47 years. She also owned Ballet El Paso, her professional dance company. The Ballet program at UTEP was built up by Heuser and it included performances, amongst them the famous Nutcracker performance each year.
For almost half a century, Heuser has entertained El Pasoans at the theater with her beautiful stage sets, elaborately made costumes and exquisite choreography. Through her dedication and passion, thousands of El Pasoans have been caught up in fanciful stories told with music and dance. Although she had to overcome struggles and make sacrifices, Heuser’s love for ballet and sharing that with El Paso has been paramount because, as she told the Times, “When you’re caught in the dance, you can’t get away.”
There's no denying that Heuser is a pioneer in the city, having taught thousands of young dancers - many of whom went on to join professional companies throughout the world.
Over her career, Heuser has received numerous awards from her adopted city, including the “Star of the Mountain” Lifetime Achievement Award from the City Council in 2005 and the YWCA’s REACH Award in 2006. The El Paso Association for the Performing Arts honored her with their Image Award, and Heuser was inducted into the El Paso Women’s Commision Hall of Fame in 2009. 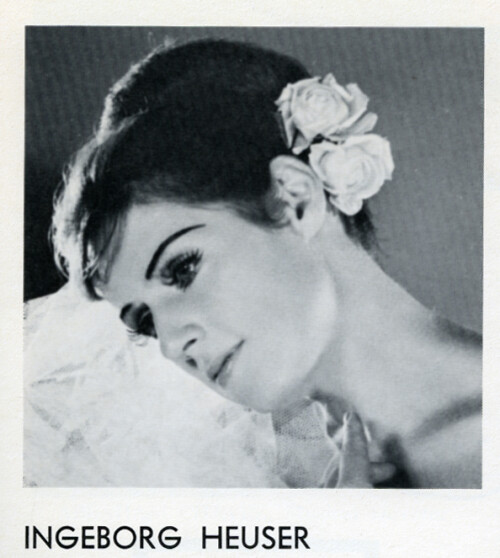