The image shows the County Hospital, which opened in 1902. It was located in a two-story building on Smelter Rd (today's Paisano Street) at old Ft. Bliss.
Back in those early days there was urgent need for hospital beds in the city. In the late 1800s and early 1900s, tuberculosis spread rapidly in the United States. The Southwest, including El Paso, was considered ideal for the treatment of TB because of its dry, warm climate. It attracted patients from all over the country between the 1880s and the 1940s. The completion of the Southern Pacific Railroad in 1881 encouraged tuberculars to come west. During this period, many sanatoriums and hospitals opened to treat tuberculars and this deadly disease helped establish El Paso as a health center.
The County Hospital became El Paso General Hospital when it moved east in 1915, to a new facility at 4815 Alameda, the site of today's Thomason. In the 1950’s, El Pasoans voted to create the El Paso County Hospital District. By doing so, they agreed to tax themselves to ensure that quality healthcare services would be available in the city, especially for its neediest residents. The hospital was re-named R. E. Thomason General Hospital, in honor of the city's former Mayor, U.S. Congressman and Federal Judge, Mr. Robert Ewing Thomason. In 1963, a new hospital was built, which became University Medical Center of El Paso in 2009. The Thomason Tower reminds of Thomason's legacy. It still is the city’s only not-for-profit, community hospital. Texas Tech arrived in El Paso in 1973 and affiliated with it. Thomason became the University's primary teaching hospital, heralding the start of academic medicine in the El Paso community. Since then, students of other universities and colleges do their clinical training on this campus, too.

By 2018 the county hospital was known as University Medical Center. New clinics were located on the far east and far west side of the city. 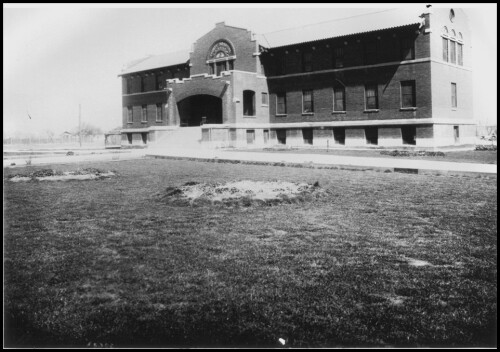