Juan S. Hart was born in 1856 as the oldest son of Simeon Hart, industrial pioneer and first newspaper publisher in El Paso, and his wife Jesusita Siqueiros. The family lived on Hart’s Mill, the homestead is today known as the old Hacienda Café.
Juan graduated with honors from Christian Brothers College of St. Louis in 1874, with degrees in civil and mining engineering. That same year, Hart’s father died, and with his mother’s death just the year before, the young man found himself responsible for not only his six younger siblings, but his father’s vast estate and business, Hart’s Mill. He was 18 years old. In the following years, he travelled to various locations to pursue his career in engineering. In the early 1880s, Hart decided to return to El Paso to run his father’s estate. He continued his engineering career and was appointed city engineer, at which time he began drafting the first official map of El Paso. Known as “Hart’s Map”, It was officially adopted in 1881. In the same year, Hart joined El Paso’s first baseball team, as first and second base player. Five years later, the El Paso Browns took the Southwest Championship. In 1882 he became a partner and editor of the El Paso Link, which was soon purchased by the El Paso Times; in November 1884 Hart and J. H. Bate purchased the Times. Hart was editor until 1900, when he tried unsuccessfully to retire, and from 1903 until the sale of the Times in 1910. During his tenure the Times launched a campaign for more irrigation water and then for more dependable domestic water. It fought for the removal of gambling houses and red-light districts and helped to expose civic corruption. Hart was elected the 11th President of the Texas Press Association in 1890. He also served as President of the Southwest International Miners’ Association and wrote to the Texas State Legislature to establish a school to serve El Paso’s extensive mining industry. This materialized in 1914 with the Texas State School of Mines and Metallurgy, today known as UTEP.
Hart retired in Mountain Park, NM, where he died of a heart attack on July 15, 1918. After the largest funeral in El Paso’s history, Hart’s body was placed in the family tomb built on the homestead and later moved to El Paso’s Evergreen Cemetery in 1936.
In 1973, Hart was inducted into the El Paso County Historical Society’s Hall of Honor for being a leading voice as a pioneering editor for almost three decades in all endeavors to move El Paso forward as a city. 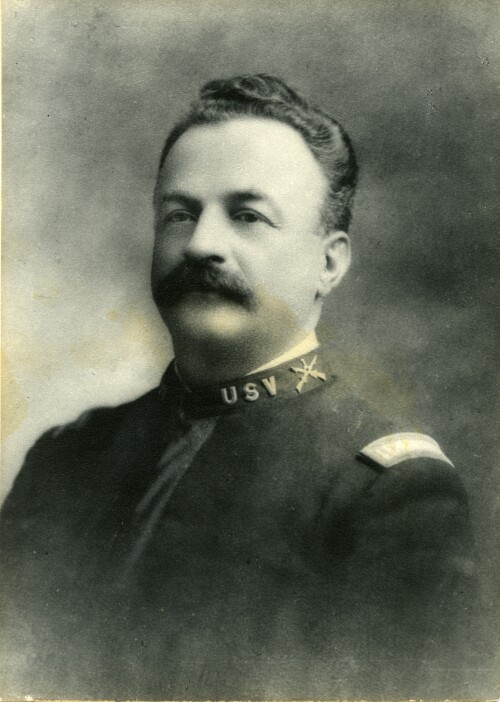