The image shows a group of Tigua Indians in 1936. The Ysleta del Sur Pueblo ("the Pueblo") is a U.S. federally recognized Native American tribe and sovereign nation. The tribe had lived in the El Paso area since 1680, but was only recognized as an American Indian tribe in 1968.
Before 1680, the Tiguas had just lived south of Albuquerque. When the Spanish arrived, the Isleta Pueblo provided food and shelter. But the Spaniards regarded the Pueblo Indians as heathen savages and forcibly imposed Christianity on them. Several decades of cruelty and persecution inflicted by the Spanish culminated in the Pueblo Revolt of 1680. In a surprise attack, the Pueblos forced the Spanish to retreat south. Accounts of what happened as the Spanish fled south differ. Some historians say that a number of Tiguas went willingly with the Spanish, while others, including descendants of the Tiguas living in Ysleta, contend that the Spanish took hostages as protection on their trip south. After arriving near El Paso, the Spaniards settled the Tiguas (the Spanish spelling) at Santisimo Sacramento, now called Ysleta. The Spanish used Tigua labor to build what is the oldest mission in Texas today, originally known as La Misión de Corpus Christi de Ysleta del Sur, to distinguish it from the northern Isleta pueblo. Its farming and business efforts helped the tribe to develop as an agricultural based community.
In 1751, King Charles V of Spain recognized the Tiguas by granting them 36,000 acres of desert land. In 1854, Texas officially recognized this land grant, but the coming of the railroad made land more valuable. The Tiguas lost much land through various political machinations.
In the 1950s, the city of El Paso annexed a large portion of the Lower Valley, including Ysleta. The Tiguas, already living in poverty, either had to pay enormous tax bills or lose even more of their land. In 1960s, Tom Diamond took on the case of the Tiguas and led a long legal fight that resulted in the state of Texas recognizing the Tiguas as a distinct tribe in 1967.
The Tiguas also lost many of their original ceremonies. In the 19th century, the Church outlawed the Tiguas' dances, seen as devil worship. Instead, they had to adapt to the Catholic calendar.
Since the opening of Speaking Rock Casino in 1994, the Tiguas have made many improvements in their tribe. Unemployment is down to two percent. A new cultural center and medical clinic join two restaurants, a smoke shop, a print shop and six tourist-oriented businesses. They also opened a gas station and purchased Big Bear Oil Company. The cultural center focuses on keeping Tigua traditions, like cooking and dancing, and the arts alive. 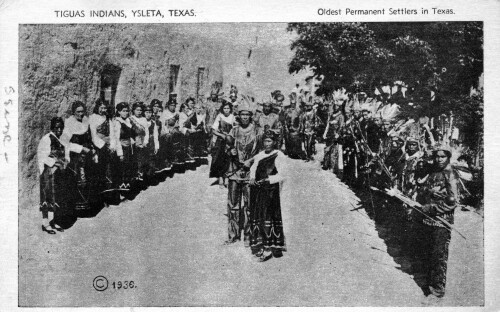 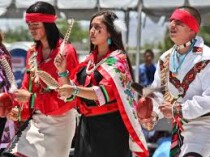 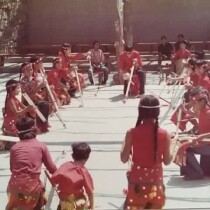 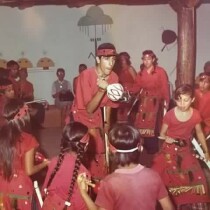 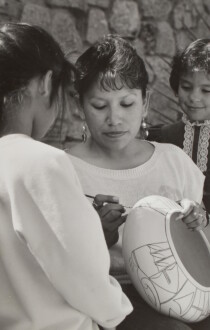 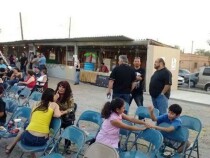 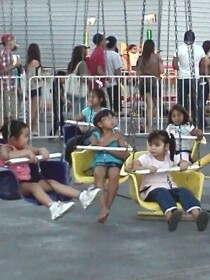 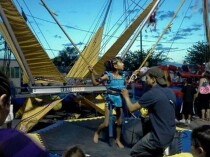 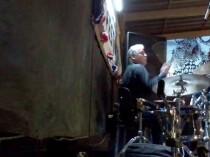 These are signatures found at Hueco Tanks left behind by Native Americans and Mexican Troops passing through the area. 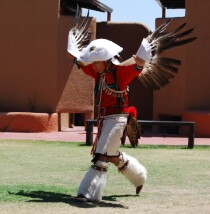 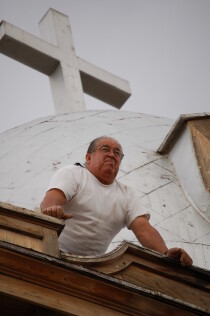 View from the bell tower

Athletes get ready to run at Mission Valley Duathlon, a beautiful run-bike race along the historical Mission Trail. 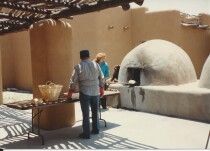