"My father, Dr. Jerome Dow Love, graduated from the University of Arkansas School of Medicine in 1893 and was persuaded by the school to start his practice in southern New Mexico's Lincoln and Otero counties where ranchers in the sparsley settled country were desperately in need of a doctor... Dr. Love eventually returned to further his medical education in New York after these early years in southern New Mexico. After he married my mother, Ollie Payne of Palmer, Texas in 1902, they were traveling to Arizona to begin their life toegether and a new practice. However, when El Paso was reached, my mother refused to cross the state line out of the great state of Texas. They settled here and so began my father's years of practice in the El Paso area." - by Cornelia Love Owen

"Dr. Love, who lives in the Lower Valley, is El Paso's nationally known doctor who invented the first trailer hospital for civilian use. He has won recognition in national medical circles and articles about him and his hospital trailers have appeared in many magazines." - Editorial in El Paso newspaper, September 4, 1944 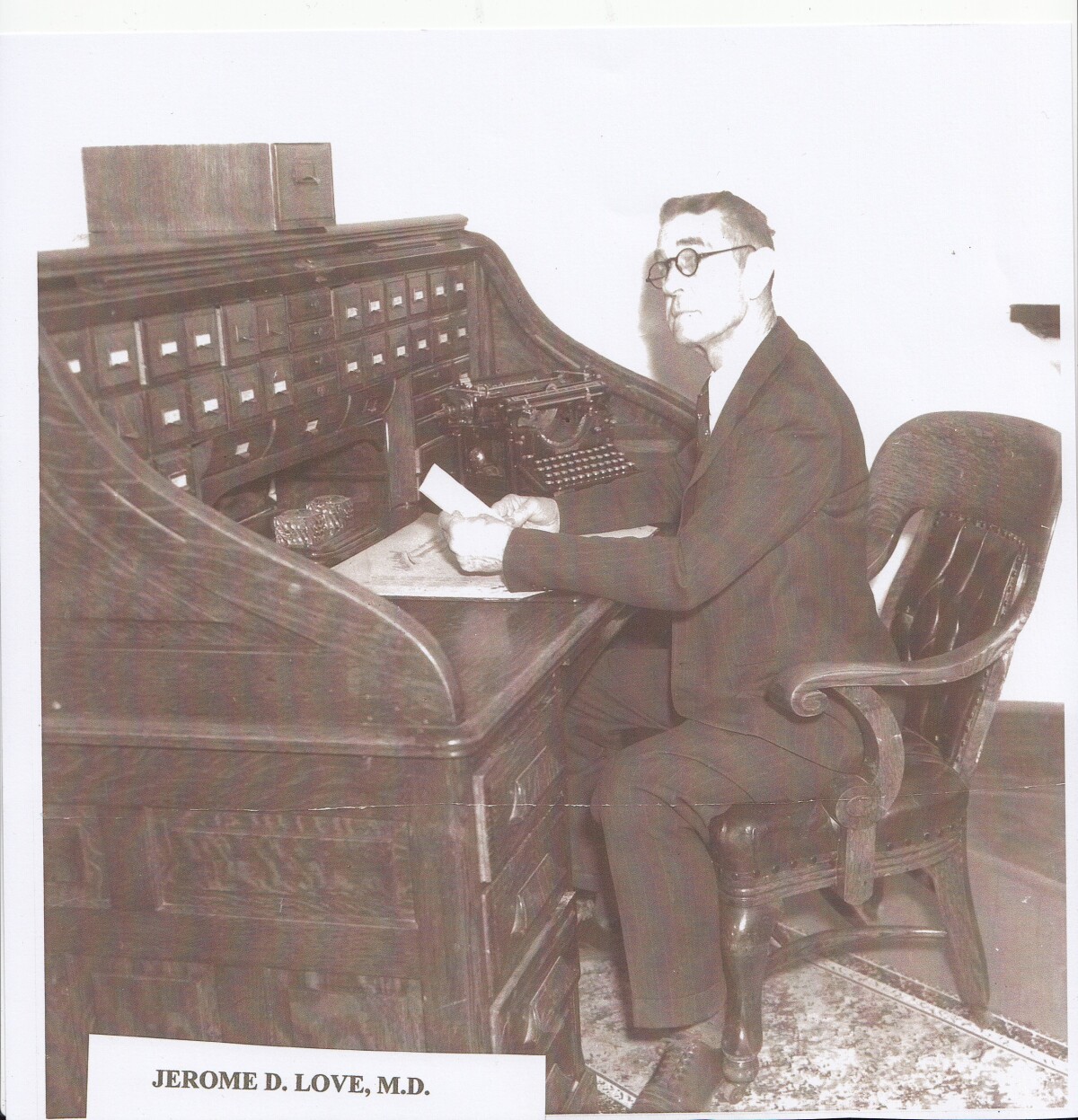