Dr.Love first became known nationwide, when he achieved his goal of a mobile hospital by the Texas Department of Health. Dr. Love was invited; to the Columbia Network of Radio Stations on the Edgar Guest " It can be done program", in 1938. He was also invited to speak in front of the National Congress of Obstetricians and Gynecologists in Cleveland the previous Fall. Dr. Love focused on " The Mobile Unit in Obstetrics for rural Practice". 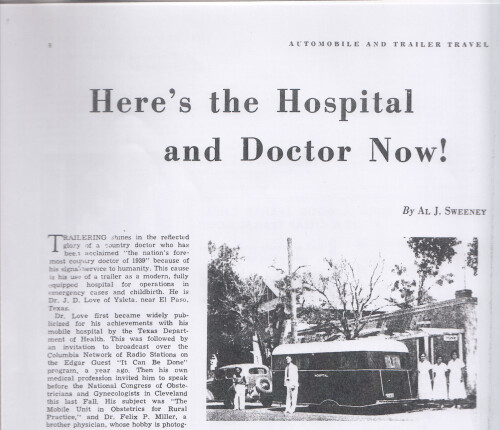