In this photograph is the first in the world patient and outpatient hospital. Dr. Jerome Dow Love was the innovator behind the trailer hospital. 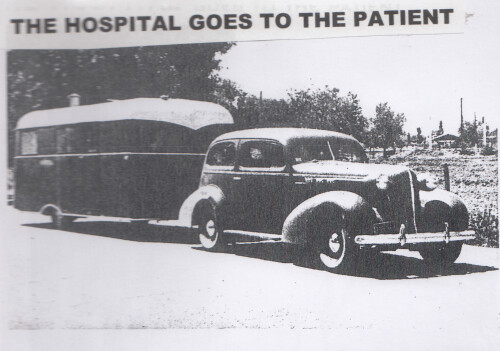