Usually in Dr. Love trailer he has only one birth per day. However, on a special occasion he delivered twins by the name of Trinidad and Pablo. In the photograph to left, is their big loving family. To the left to right - in the first row is Valentine , Cornelia, Pedro, Tomasa, Alberto, Enrique. in the second row left to right - Jesus, Evangelina, Teresa, ( in her arms) Pedro, ( the father) Antonio. To the right -is the two twins Trinidad and Pedro. 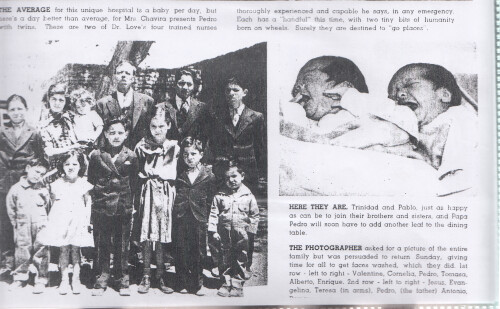