Photograph of Dr.Love a year before his death in 1948. He died at the age of 80 years of age, in 1948. Dr. Love, who lived in the Lower Valley, is El Paso's nationally known doctor who invented the first trailer hospital for civilian use. He won recognition in national medical circles and articles about him and his hospital trailers have appeared in many magazines.

I really enjoyed learning about his history! This is so cool! 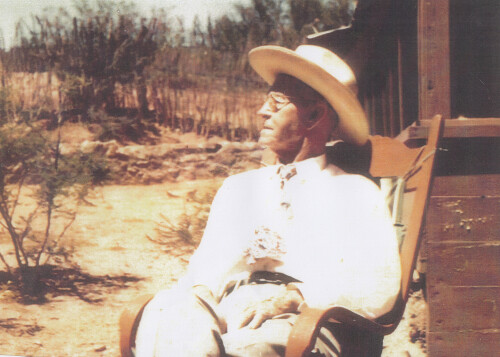