In this photograph, to the left- the nurse is cleaning the baby, and to the right- is Dr. Love sitting down. 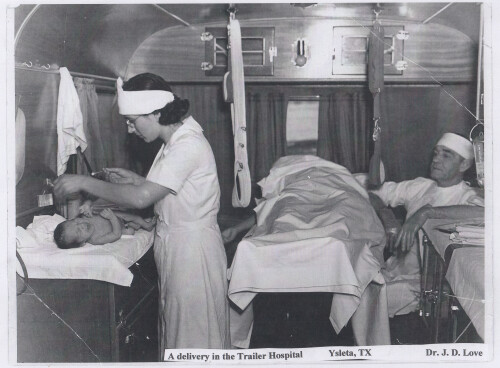