On the street with baby in her arms. The area is South Central - El Paso, Texas. 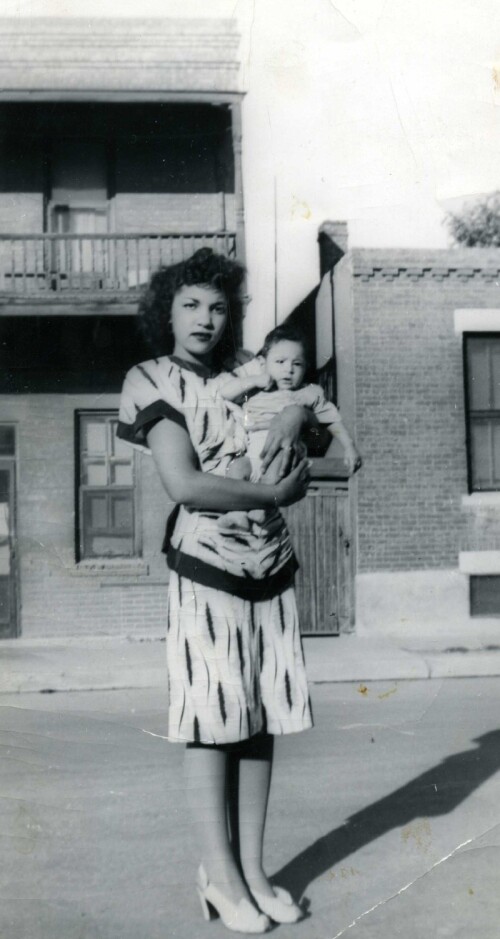