During my free time in high school, I would go to the library to read books and research all military branches. From all the branches, The US Navy had the most ports throughout the US. On June 6, 1960, I enlisted in the US Navy right after graduating from Ysleta High School with my father's permission as I was still under age.
My first deployment was on April 1, 1963, to January 1964 and served in Cam Ranh Bay, Vietnam. During my first deployment, I enrolled in the short duty Mobile Construction Battalion program. As a member of the Fleet Navy transfer Mobile Construction Battalion Unit, I remained in the reserve until February 1968, when I became active and deployed to Vietnam for the second time. My second deployment was on May 13, 1968, to April 23, 1969, sent to the Home Base in Da Nang, Vietnam. I was a member of the Navy Mobile Battalion 22nd Construction detachment attachment 35th to 3rd Marines for nine and half months. Being attach to the Marines, I traveled back and forth from Shau Valley, Vietnam, to Vinh Dai, Vietnam. Being incorporated to the Marines I was supposed to build bunkers and repair battle damage, but ended up considered part of the Marines unit. I was constantly moving, standing guard and running patrol doing what actually Marines job were. It was a very hard nine and half months, we moved place to place, was attacked, attacked back, never still, always on the move. I had trained with the Marines in the Jungle Warfare training in Camp Lejeune, North Carolina. Once we attached with Marines we live, eat, breath Marines.
Coming back to the United States it felt like I had to sneak into my county, I flew in a military plane to a Military base, I was fortunate I was not subject to ridicule or all the shouting as other did. Coming back home to El Paso, I flew in a commercial aircraft I did worn uniform but no one cause any problems made fun , or said anything to me, I did not experience what other did coming back home from serving our country. I received the Vietnam Service with Marine Corps Combination patch; Navy CB Combat; Purple Heard; Armed Force Expedition; Navy Expedition; Navy Unit Combination and Armed Force Service Medal.
I attended Texas Western College earned a degree in Civil Engineering. Retired from Texas DOT, taught at UTEP for three years and in Houston for seven years. In 2005, I finally sought the help I need from the VA, I have several illness related to Agent Orange and suffer from many mental problems due to the combat experiences. Back then asking for help was seen as a sign of weakness, like if we were looking for sympathy, that is why I did not seek help but now I am grateful I am getting all the help I need.
I would like to tell the service man and women I know what you are going through, I been there, it will be a long life lasting experience, will never forget or get over it, learn to live with it, If they need help get it do not wait like I did. I am proud to have served my country and finally being recognized for it. I am glad I do not need to feel I am hiding in the shadows and ashamed. Content that the military these days are being welcomed home properly and not rejected like the Vietnam Veterans did.
Raymond is married, has two sons, one daughter-in-law, two handsome grandsons and lives in Clint, Texas. By Raymond Guerra as told to Maribel Bobadilla-Heredia, Student, University of Phoenix. 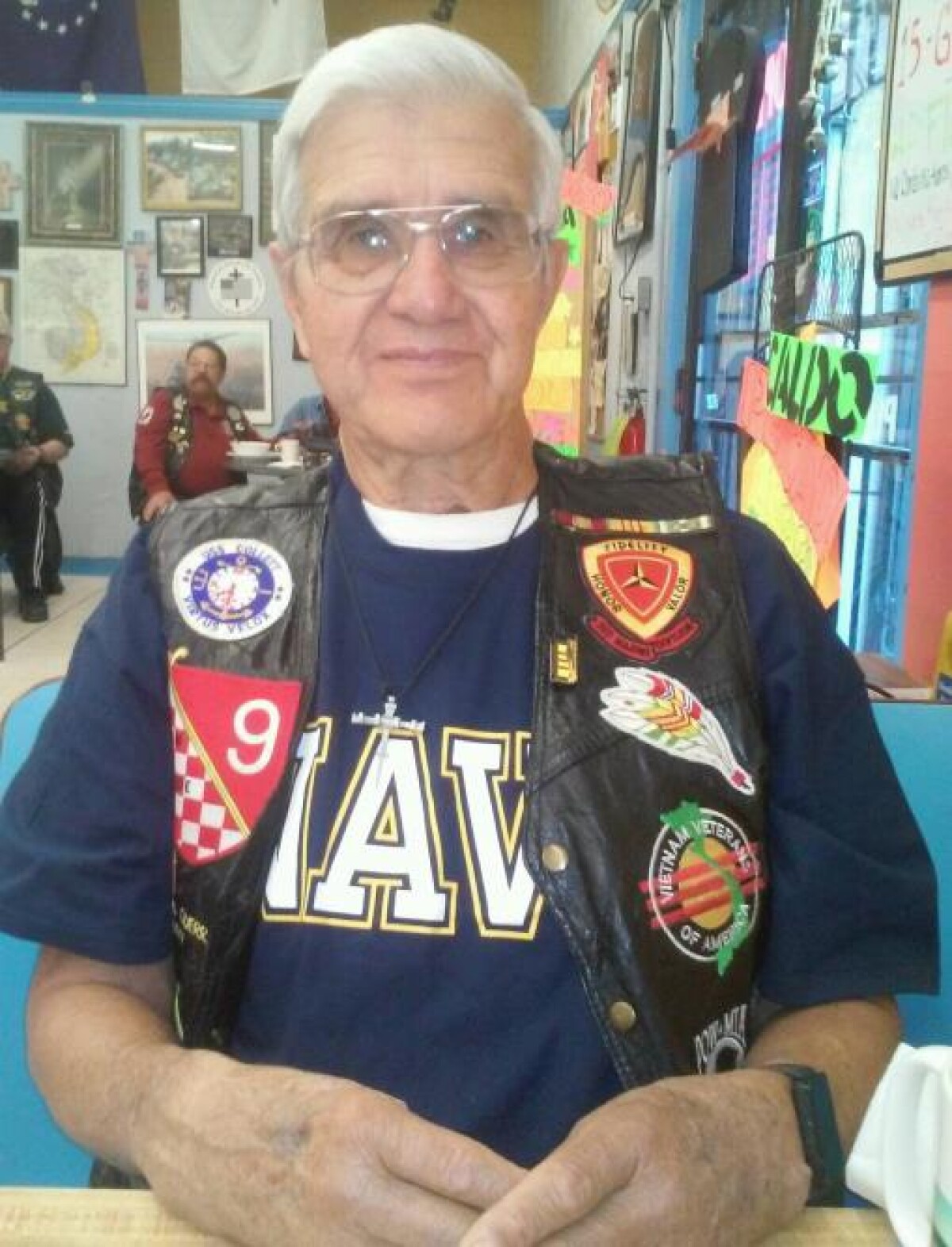