Photo taken of Freddy in his Army uniform. Served in the Vietnam War. Sargent (E-5) Fred R. Madrid served in the Republic of Vietnam from October 3, 1967 to October 2, 1968 with the 3rd Battalion 506th Infantry, 101st Airborne Division. He received the Army Commendation Medal and 2 Bronze Star Medals for meritorious achievement in ground operations in the Republic of Vietnam.

See or make a comment2
Report this item
10.25.2016 by Bettie Villarreal/Fred's sister 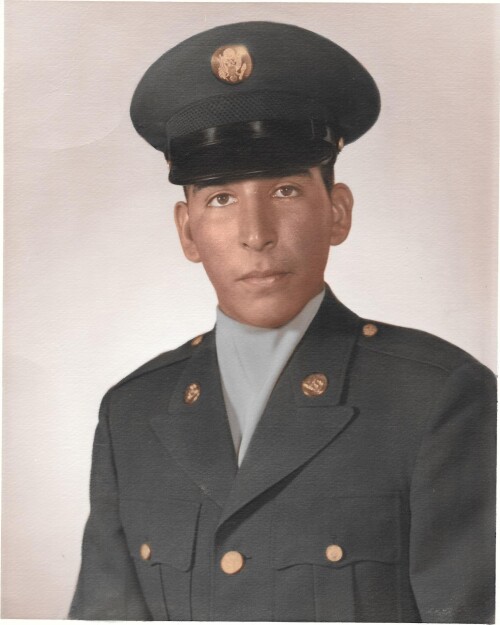