Bowie High School Booklet - with the 1949 members of the Texas "All State" Baseball Team. 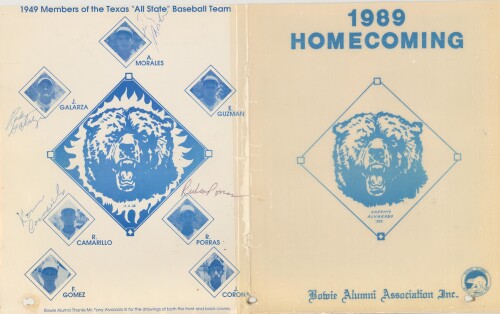