Photograph of Bowie High School in the 1940's. Location is South Central in El Paso, Texas. 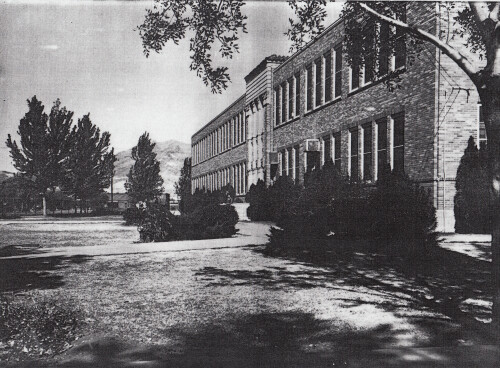