This image shows the front of the Sun Bowl, which is home of the Miners, the football team of the University of Texas El Paso. 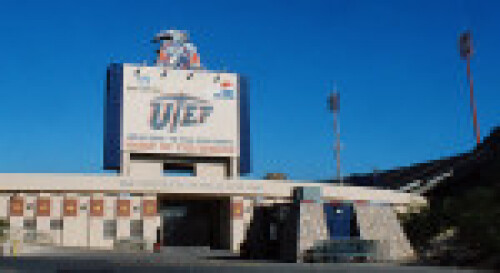