Handcrafted building was part of Folklife festival in Washington DC, disassembled, stored and then added to Centennial Plaza on campus University of Texas at El Paso. 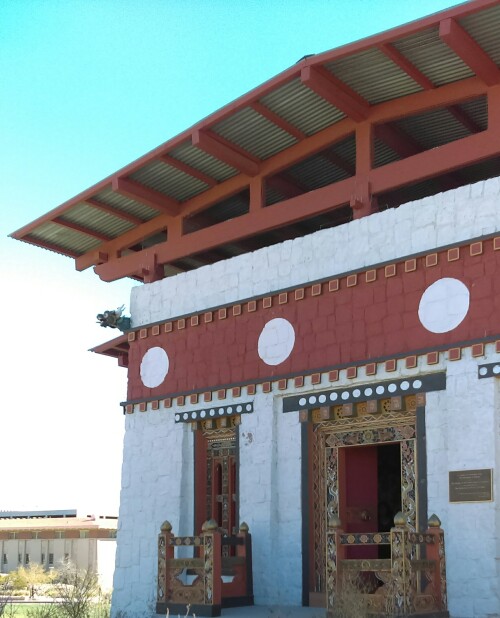