Image Description: A music teacher instructs a group of four students in this black and white photograph.
The music teacher is positioned on the left hand side of the photograph. She has short curly hair and is wearing a sweater with a collared shirt underneath. She has one hand in the air gesturing towards the students and the other hand is touching sheet music. The four students are on the right side of the photograph and are all looking towards their teacher. 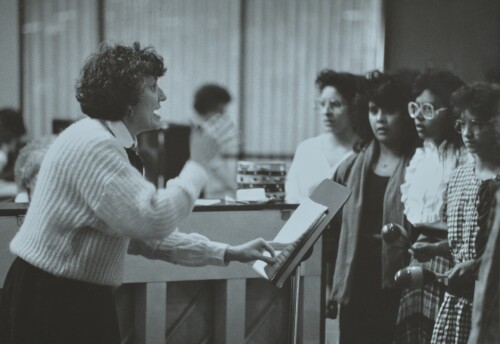