Image Description: A woman is posing in front of a colorful mural in this color photograph. The woman is standing in the bottom center of the photograph. She is wearing a white blazer with a black dress. She has reddish brown hair. The mural behind her features an array of sunflowers, lilies and Mexican American themes. 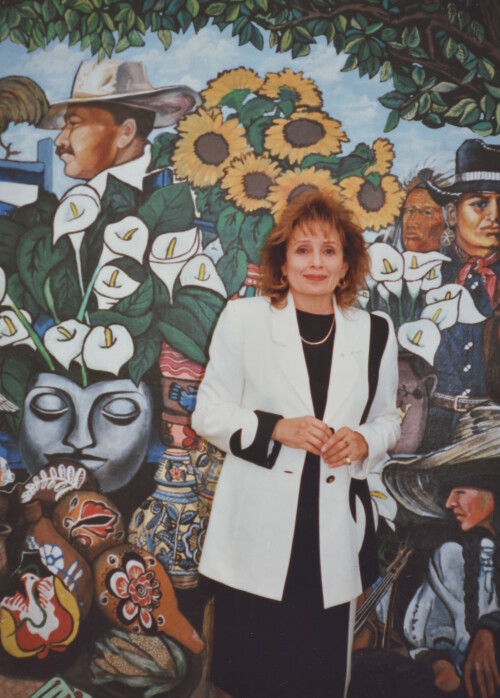