This was a fraternity house for students at Texas Western College in 1955. It was demolished to make way for the Hilton Garden Inn at the corner of Oregon Street and University Avenue in El Paso, Texas. Houses at far right were used by maintenance staff needed in middle of the night. Home at far left once housed speech pathology clinic.

Name of fraternity was SAE. Home was on at corner of Oregon St. & University Avenue in El Paso, TX. 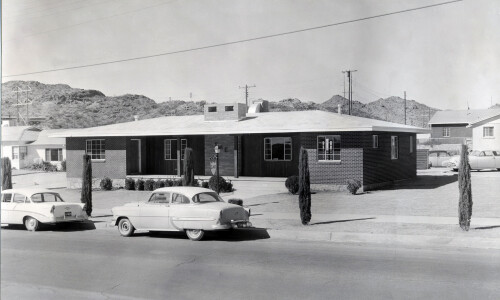