Students circa 1925, early buildings at Texas College of Mines 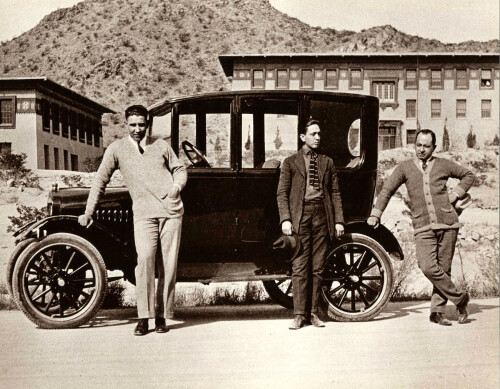