Left to right: Ernest Gwinn, Gammon Gwinn III (son), and Mary Vance Gwinn (mother) in family home. All three were well respected lawyers. Mary Frances Gwinn (Vance) graduated from Texas College of Mines in 1937, She was honored by TWC in 1957 as Outstanding Ex-Student, the first time the award was given to a woman. She was admitted to federal bar in 1951.She acted as campaign manager of her husband's campaigns for city attorney and county attorney. According to 100 Years of Women at UTEP published in 2017 by Texas Western press 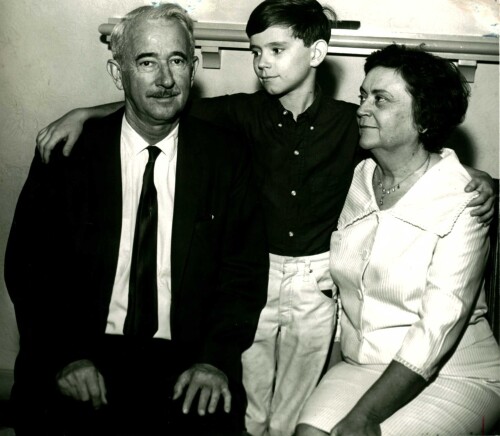