Amigo man began in 1974 as a marketing tool for the El Paso Convention and Visitors Bureau, capitalizing on El Paso's 300+ days of sunshine and friendly residents. This bright and happy character appeared on El Paso's tourism brochures and soon became a beloved mascot for the city. While Amigo Man was officially retired in 1999, after many requests he was brought back in 2006. He continues to make appearances throughout El Paso, Texas.

My father created this little gem. 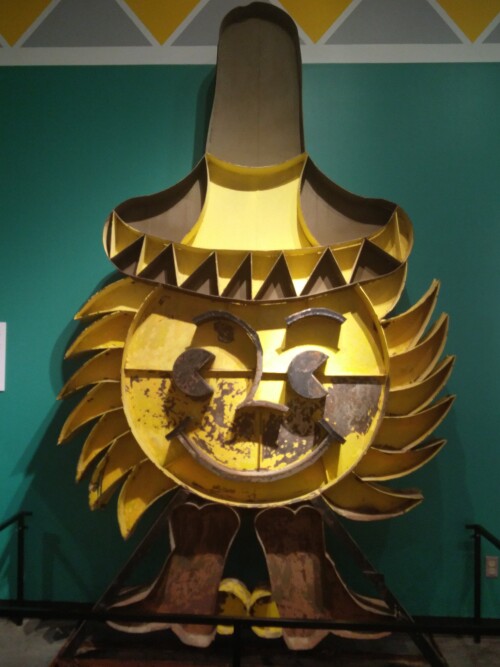