March 27, 1960, a group of immigrants from Poland and Americans of Polish ancestry form a fraternal organization - "General Casimir Pulaski Society." 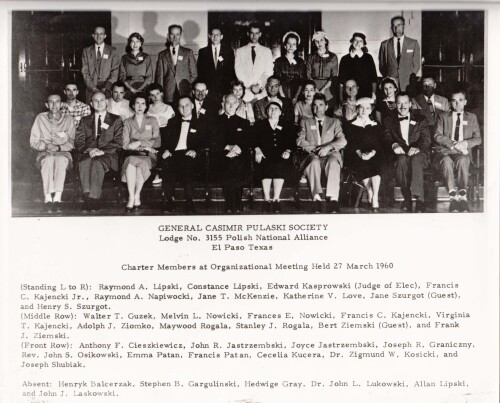