Credit: The City of El Paso

This plaque on Scenic Drive outlook on Mt. Franklin over El Paso, TX spotlights the airport, the Butterfield Trail, and ASARCO refinery araea. 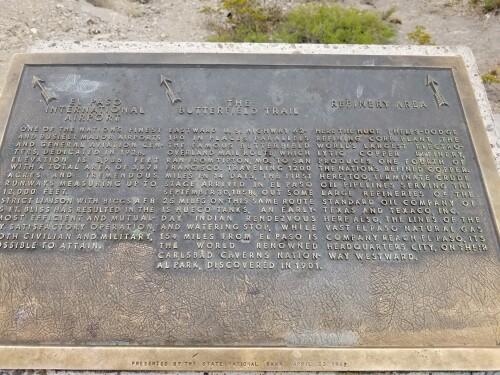