Ira Pearl Gunn a resident of El Paso, TX passed away Tuesday Oct 25th, 2011 at a local hospital at the age of 84. Widely recognized as a visionary and tireless advocate for the profession of nurse anesthesia, Gunn also is remembered fondly as a cherished friend and mentor to many. Her contributions to nurse anesthesia practice, research, education, publication, consultation, credentialing, and government relations have significantly contributed to the preservation and advancement of nursing and nurse anesthesia. Gunn devoted her time, knowledge, expertise, and energies to the AANA, various state nurse anesthetist associations, and individual CRNAs confronted with challenges of a legal, legislative or regulatory nature. In recognition of her extraordinary example, the AANA instituted the Ira P. Gunn Award for Outstanding Professional Advocacy in 2000, naming her its first recipient in 2001. She was the first CRNA in the United States to be inducted into the American Academy of Nursing (1981) and was named a "Living Legend" by the Academy in 2003. Gunn began her nursing career in 1951. Her early experience was gained in the U.S. Army, where her tours of duty included Ft. Sam Houston and Ft. Hood in Texas, as well as Korea, Europe, Hawaii, and Washington, D.C. She served as a clinician, educator, and researcher. Gunn's last five years of military service, during the Vietnam War, included an assignment as nurse anesthesia consultant to the Army surgeon general. She retired from the Army as a Lieutenant Colonel (Colonel select) in 1973. Upon her retirement from active duty, Gunn worked as a consultant in nurse anesthesia affairs for the AANA and various state nurse anesthetist associations, taught at and/or consulted with numerous colleges and universities, and served three years as a civilian consultant to the Air Force surgeon general. She was also a prolific writer and speaker on nurse anesthesia issues. Gunn received her Bachelor of Arts (chemistry) degree from Hardin-Simmons University, Abilene, Texas; her nursing diploma from the Lillie Jolly School of Nursing, Memorial Hospital, Houston, Texas, where she was valedictorian; while simultaneously earning her master's of letters in nursing from the University of Houston. She completed her anesthesia education at Brooke Army Medical Center, Ft. Sam Houston, and graduated from the Military Nursing and Research Course at the Walter Reed Army Institute of Research in Washington, D.C. Gunn was the top graduate in her class at both military programs. 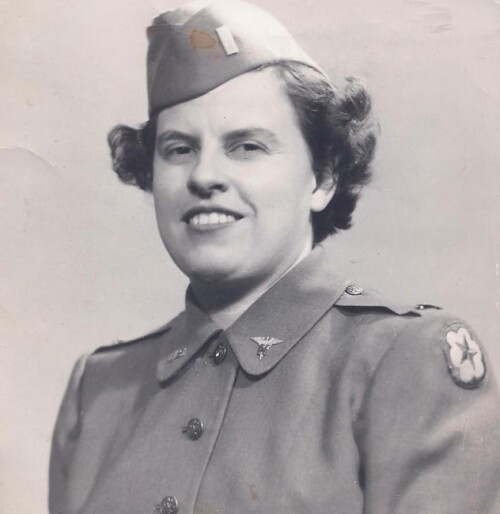