The Valle Verde campus was completed at a cost of $15.5 million in time for fall 1978 classes. The opening of this campus also allowed the return of the Logan Heights facility to the Army.

EPCC successfully completed an accreditation process that started in 1971 with its application to the Southern Association of Colleges and Schools for “Correspondent” status. EPCC received “Correspondent” status in 1971 and kept it through 1973, becoming a “Candidate for Accreditation” in January 1974 until its initial accreditation was received in December 1978 following the completion of an institutional self-study and a site visit by a SACS committee. Mural behind celebrants is by Mago Orona. 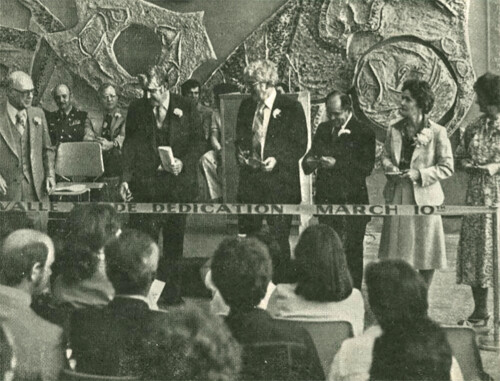