Photo: Rio Grande near Asarco in El Paso, Texas.
ASARCO, originally known as the American Smelting and Refining Company, traces its origins to 1881, when Robert Safford Towne arrived in El Paso after touring the mines in the Mexican state of Chihuahua. Two years later he organized the Mexican Ore Company, a small plant that sampled and graded ore from the Mexican mines. In 1887 the ambitious Towne went to Argentine, Kansas, where he secured the backing of the Kansas City Consolidated Smelting and Refining Company for the construction of a major smelter in El Paso to process lead and copper ores from mines in Mexico and in the American Southwest. Towne bought 1,156 acres along the Rio Grande for $3,757, and within five months the El Paso Smelter, with a 100-foot high chimney and a workforce of 250, was ready to begin processing the high-grade Mexican ore. The community that grew up around the plant was called Smeltertown.

In 1899 KSARCO and several other corporations merged into the newly organized American Smelting and Refining Company, which became known as ASARCO. In 1901 a fire destroyed about $100,000 worth of the new company's property and equipment, but ASARCO rebuilt and reopened in 1902 with seven new lead furnaces and the first copper smelter in El Paso. The new facility doubled production and expanded the local payroll to nearly 900 workers. During the 1920s ASARCO was the largest mining operator in Mexico, with twenty-four different units. In 1948 slag fuming facilitators were built for the recovery of zinc from the slag produced by the lead furnaces, and in 1951 ASARCO built a 612-foot smokestack to reduce ground-level concentrations of sulfur dioxide. In 1967 the company built an 828-foot stack, designed to help alleviate local air pollution. In 1969, however, El Paso still had a higher concentration of lead in the air than any other city in Texas.

In the spring of 1970, the city of El Paso filed a $1 million suit, later joined by the State of Texas, charging ASARCO with violations of the Texas Clean Air Act. In December 1971 the El Paso City-County Health Department reported that the smelter had emitted 1,012 metric tons of lead between 1969 and 1971 and found that the smelter was the principal source of particulate lead within a radius of a mile. When lead was discovered in the soil of Smeltertown, the company removed the top foot and a half of soil and replaced it with fresh soil. When lead poisoning was suspected in the children living in Smeltertown, the company bought the land in Smeltertown and removed the residents. Following a 1975 injunction requiring ASARCO to spend $120 million on modernization and environmental improvements, the company by 1978 had reduced emissions of sulfur dioxide by nearly two-thirds from pre-1970 levels. Since that time, lead and zinc operations have been closed, and the smelting of copper has become the plant's principal function. The copper, which is shipped to the ASARCO refinery in Amarillo, is 98 to 99 percent pure.

In 1990 an $81 million modernization program began, involving a smelting technology that improves operating efficiency and production while capturing 98 percent or more of the sulfur dioxide emissions. In the early 1990s ASARCO plant in El Paso employed nearly 1,000 people and produced almost a million tons of raw materials per year. In 1990 the El Paso and Amarillo plants had sales totalling more than $50 million each
https://tshaonline.org/handbook/online/articles/dka02 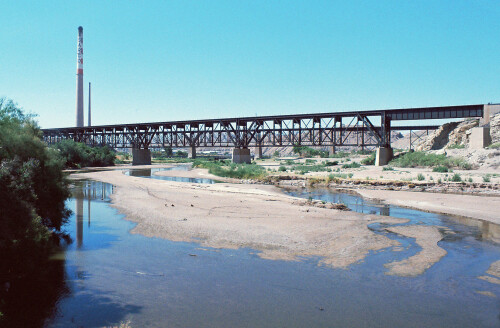 This is a picture of ASARCO men that worked there and some lived in Smeltertown. The center man with mustache... 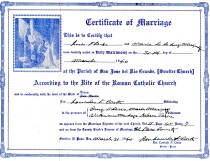 Marriage license from my grandparents wedding on March 31, 1940. 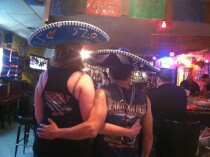 A group of friends who decided to take a group pic of the Asarco tower the weekend before the teardown... 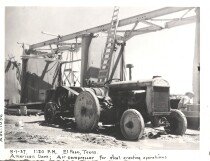 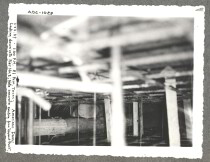 American Dam - Looking down into Pier No. 3