Explore Wright’s interior spaces, furnishings, and household objects through house plans and photographs. Plans reveal the heart of Wright houses as a single, expansive space from which subordinate spaces extend outward in multiple directions, like the spokes of a wheel. Photographs and design drawings show the ingenious ways Wright maximized the feeling of openness while accommodating the needs for daily living. Marking the 150th anniversary of the American architect’s birth in 1867, this exhibition was organized by International Arts & Artists, Washington, DC, in cooperation with the Frank Lloyd Wright Foundation, Scottsdale, Arizona.

Support Provided by Texas Commission on the Arts. 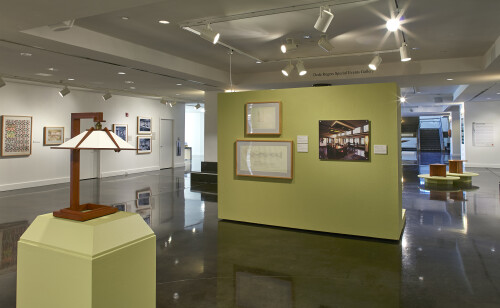