Major Thomas K. Jackson became the second master of El Paso Lodge # 130 A.F. & A.M. in 1855. Jackson was a West Point graduate. In 1859 he was assigned to Fort Bliss. He passed away in Gainesville, Alabama where he became a merchant and farmer.

Image Description: The sepia photograph depicts Major Thomas K. Jackson from his chest up. The photo is an oval shaped photograph with Jackson’s face slightly facing away from the camera. He wears a dark suit with a white button up shirt underneath. His face has a serious stern face with a white mustache and beard. The hair on his head is short and also white with a receding hairline and parted at the side.

I would love a copy of this photo! (2nd great grandfather) 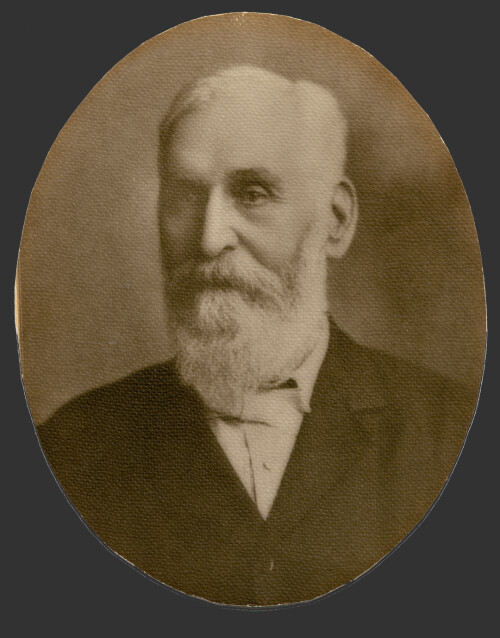