Image Description: Black and white image shows a portrait of James White from his torso up. White wears a dark suit, a white shirt underneath and a barely visible tie that is tucked inside his coat. He looks directly into the camera and has a dark mustache that covers his lips. White appears to also have dark short hair just above his ears. 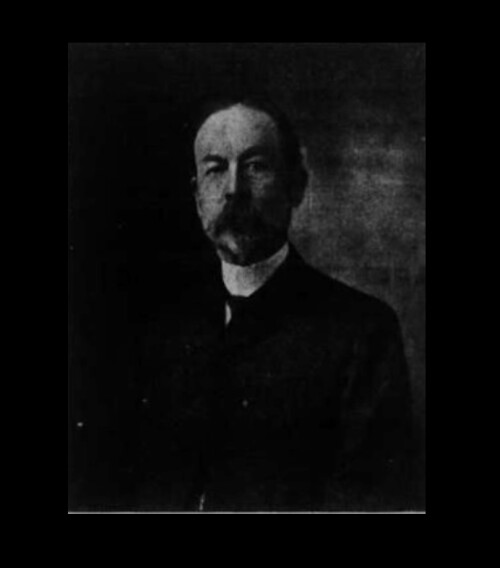