Image Description: In this black and white photograph, a smiling, young girl sits on the back of a miniature horse. The girl is wearing a cowboy hat, a handkerchief around her neck with a white shirt and cowhide chaps. She also has a lasso at the waist. The horse is white with black markings on its front and hind legs. Behind the girl on the horse, there are shrubs and two windows framed by a brick wall. 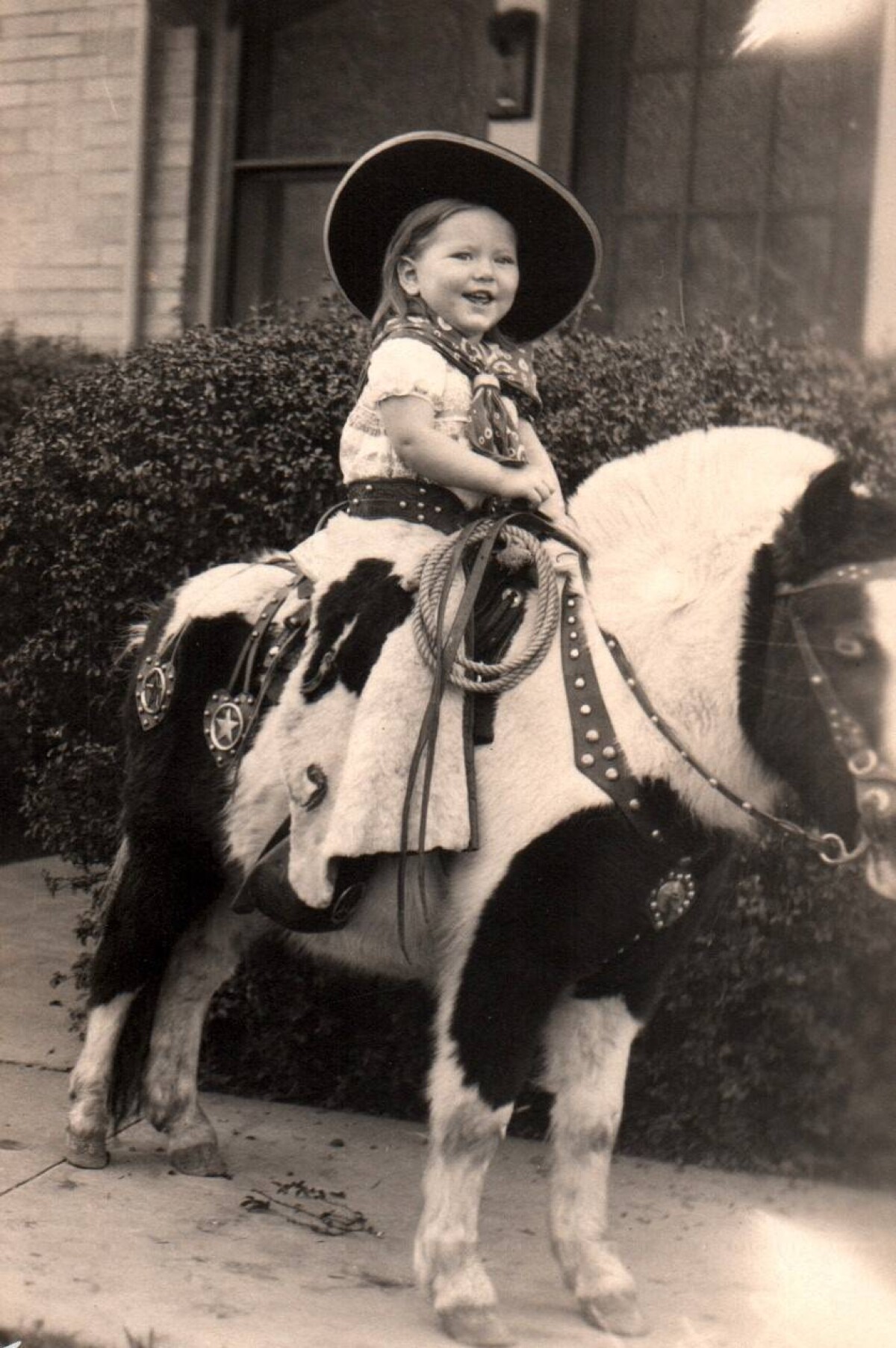 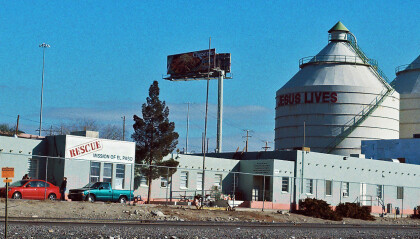 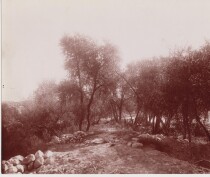 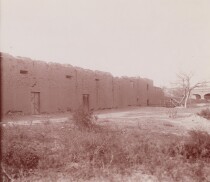 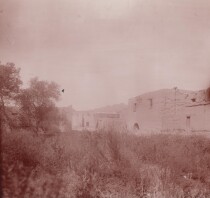