Henry Thomas Ponsford born in Canada on November 14, 1866. ⁣
⁣
Henry’s brother Albert established a construction contracting brick-making business in St. Thomas, Ontario. In a quit claim deed, Henry expressed his interest in the business and property. His brother Albert continued operations in that region and changed its name to A.E. Ponsford Limited. ⁣
⁣
Henry arrived in El Paso in 1897 with his family. El Paso was growing at unprecedented levels and the dry climate was presumed to be beneficial. Henry became a leading building contractor in El Paso. Henry built some of El Paso’s most iconic structures, including the Sun Bowl of the College of Mines, the predecessor of the University of Texas at El Paso, the historic Plaza theater, and many private residences. Henry’s work extended to Arizona and New Mexico. ⁣
⁣
Henry joined El Paso Lodge # 130 A.F. & A.M. He was a member of the El Paso Scottish Rite. Many of his sons joined the fraternity and followed his father’s footsteps. ⁣
⁣
His remains are found in Evergreen cemetery. ⁣
⁣
Image Description: A man poses in a ¾ profile view in this black and white photograph. The images is positioned in an oval frame. The man has a part in his hair with a slightly receding hairline. He is looking off to the right hand side of the photograph. His mouth is obscured by a very large handlebar mustache. The man is wearing a black suit jacket, white collar shirt and a tie that features a geometric pattern. The name H.T. Ponsford is directly below the frame of the photograph.
⁣ 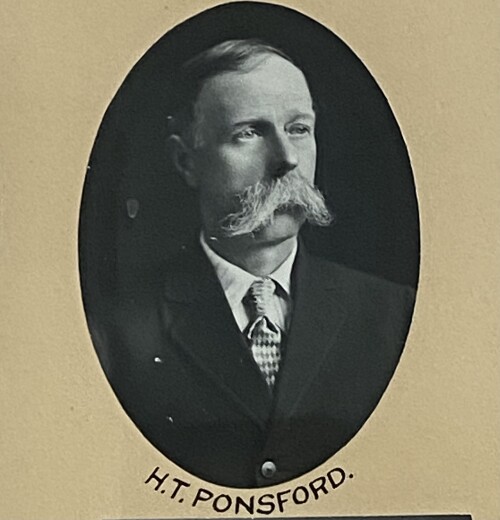 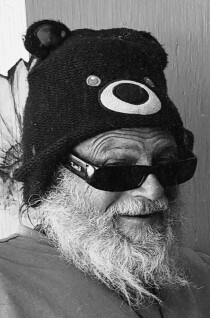 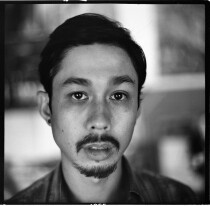 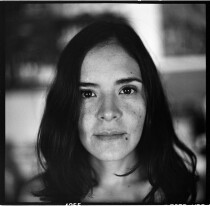