As an affluent to middle-class neighborhood, Sunset Heights enjoyed the privilege of educational options. Residents could select from public education at Vilas School, private Catholic education at Holy Family Parish school or Jesus and Mary. For older students, they could attend El Paso High School, the popular option, or attend other schools such as Colegio Palmore business school. Additionally, the revolution and political upheaval in Mexico played a role in shaping some of those institutions. This included the College of the Sisters of Jesus and Mary along with the Jesuit Order who was expelled from Mexico during the Revolution. Together, these factors were key in the development of community institutions and schools, aiding Jesuits already active in El Paso. Early in the neighborhood’s planning and expansion, the city and residents made their plans for educational institutions.


Vilas
Vilas School served as the primary public elementary school for Sunset Heights children. Built in 1909 by Trost & Trost architects, the school was named after Dr. Walter N. Vilas who served as the County Physician and City Physician for several years. He also served as trustee of the public schools and in recognition, the school bears his name. Today, the school is still part of El Paso Independent School District, and is now Mesita Early Childhood Development Center.

In 1922, the 1907 Spanish Revival building at 519 Prospect was purchased in by Servando I. Esquivel as a home. Shortly after, he added a two-story dormitory and classroom building for his academy. Esquivel, a prominent Mexican educator, founded the Colegio Palmore, a business academy in Chihuahua, Mexico, circa 1890. During the Mexican Revolution, he moved the academy to El Paso. The preparatory school and business college catered to the large influx of upper- and middle-class Mexican refugees into El Paso. Esquivel, an anti-Villista, operated the school on Prospect Street until 1952 when he retired and converted the school complex into apartments. According to records, graduates from the Colegio Palmore include Ulises Irigoyen (bureaucrat and author), José and Teófilo Borunda (entrepreneurs, mayors and governors of Chihuahua), Antonio Bermúdez (Mayor, Senator and Government Minister) René Mascareñas (Mayor and philanthropist), Delia Delgadillo (first Mexican-American woman court interpreter) and Manuel Romero (founder of the Compañia Petrolera Mexicano-Americana).
Holy Family and Jesus & Mary High School

After the establishment of Holy Family Church, the parish added a school as part of the educational services provided by the diocese of El Paso. Additionally, Jesus and Mary High School also served the community. The High School formally closed in 1978 after it graduated the final senior class. Holy Family school served elementary age children for some years after but also closed its doors as neighborhood demographics changed. 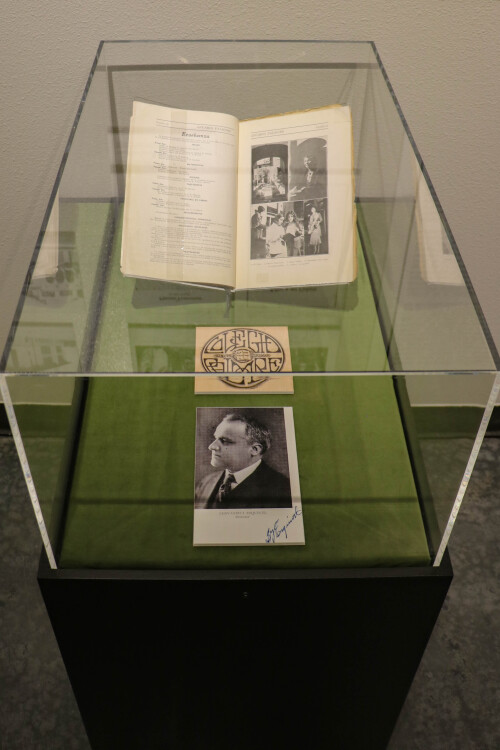 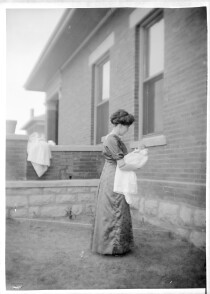 Mrs. Lorentzen and her young baby are outside the home at 521 Randolph Dr. 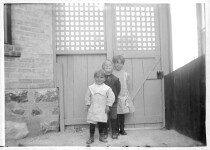 Three children next to house

These are either Lorentzen relatives, or the three Lorentzen children. If that is the case, one of the boys would... 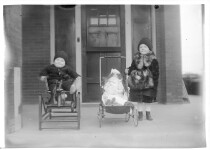 The Lorentzen family children on their front porch

The children are on the porch at 521 Randolph Dr. 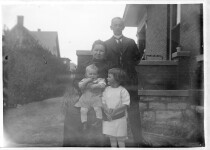 These are probably Casad relatives with the Lorentzen children, in the side yard of 521 Randolph Dr. 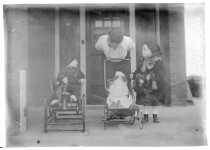 Mother and children on front porch

This is probably Mrs. J. W. Lorentzen with two of her children, on the front porch of 521 Randolph Dr. 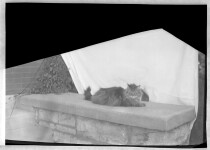 The cat is lying on the wall in front of 521 Randolph Dr. The photographer may have been trying for... 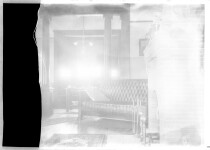 Inside an El Paso home

This photograph is believed to be inside the Lorentzen home at 521 Randolph Dr. 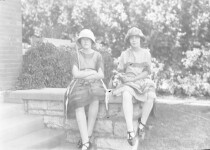 These Lorentzen family relatives or friends are sitting on the wall in front of 521 Randolph Dr. El Paso, Texas.... 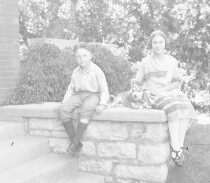 Boy and girl with pet dog

Lorentzen family or friends seated on the wall in front of 521 Randolph Dr. 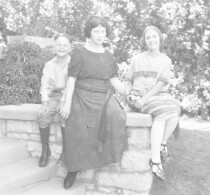 Family and friends on front porch

Lorentzen family members or friends with pet dog, on the porch of 521 Randolph Dr. 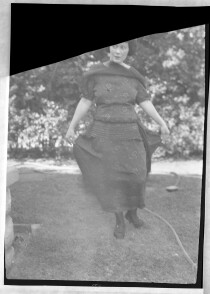 Woman having fun with water hose

This woman is in the side yard of 521 Randolph Dr. Note the WWI era water hose and sprinkler head....

Mother and baby on front porch

This is probably Mrs. J.W. Lorentzen with one of her three children, taken on the front porch of their home... 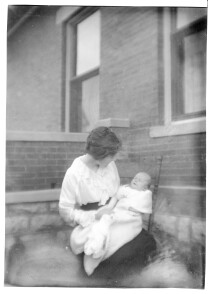 Mother and baby seated outside of house

This may be Mrs. J.W. Lorentzen with one of her three children. It was taken in the side yard of... 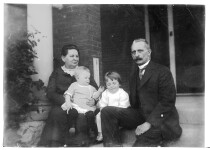 These may be Casad relatives with the Lorentzen children, on the front porch of 521 Randolph Dr. 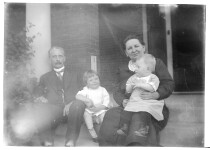 These may be Casad family relatives with the Lorentzen children, on the front porch of 521 Randolph Dr.