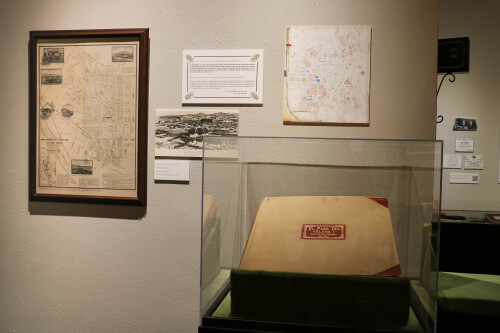 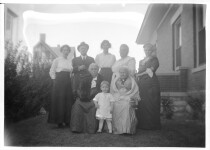 This photo was taken at 521 Randolph St. Mrs. Lorentzen is on the left. At least four generations of the... 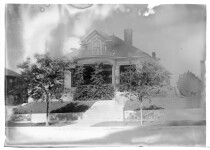 521 Randolph Dr. with trees and bushes.

Here is the Lorentzen house after the yard was landscaped and planted in El Paso, Texas. 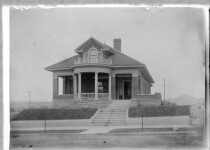 The Lorentzen family home in El Paso, Texas was built in 1907. 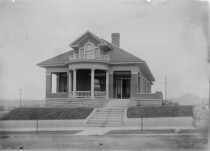 The Lorentzen home right after it was built in 1907. 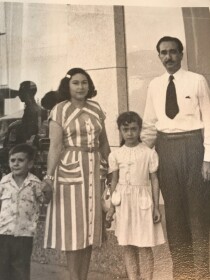 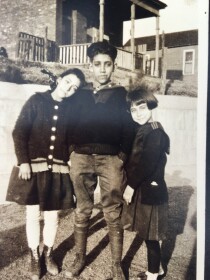 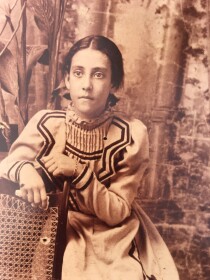 Aurora Munoz in the good days before the Mexican revolution caused her and her family to flee to the United... 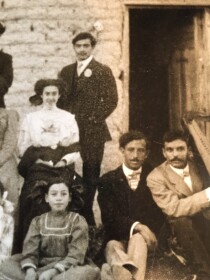 Vicente at top of photo and Aurora in white blouse were soon to become refugees. The family loaded their belongings... 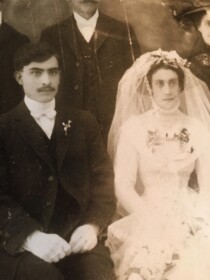 Photo was taken shortly before the violence of the Mexican revolution drove the family to flee Mexico for El Paso,... 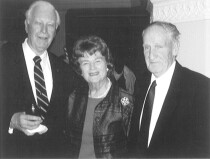 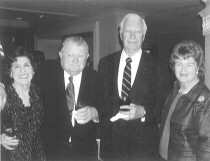 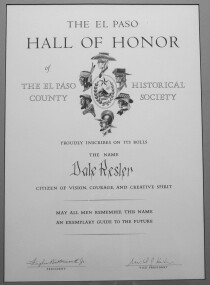 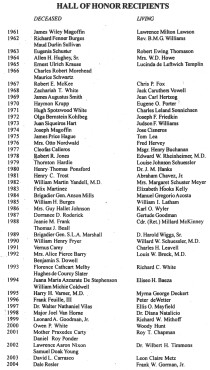 Dale Resler with Frank W. Gorman, Jr. became the recipients for the year 2004.

Two large portraits of Nona and Dale Resler in the entrance... 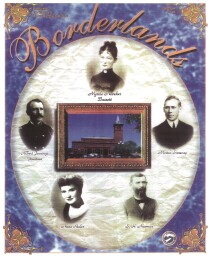 Lower left hand corner you will see that Nona's picture was put on the attractive cover of the 2003 -...