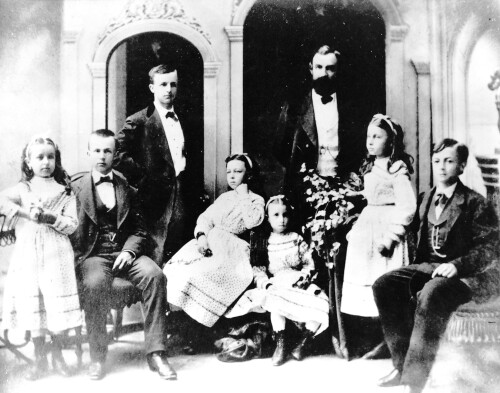 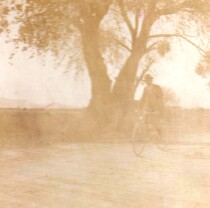 From an El Paso/Cloudcroft photo album. Those are probably the Juarez Mountains in the background, and possibly farther into the... 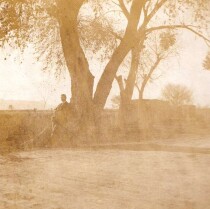 This man was part of a bicycling group. 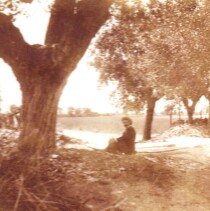 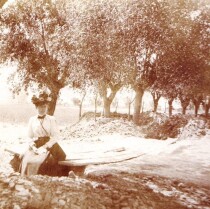 Woman sitting near orchard circa 1905

From an El Paso/Cloudcroft photograph album. Possibly farther into the Upper Valley than Old Ft. Bliss. 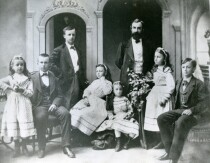 The image from 1870 captures the Hart family. The older man standing to the right is Simeon Hart, founder of...