This photo shows Wilma and John Joseph Longo Sr. are somewhere near the Franklin Mountain in the 1950s. My grandfather served in the army during WWII and the Korean Conflict. He was a mess sergeant. He served in the pacific theater. He married my grandmother in 1949 in Olyphant, Pennsylvania. They came to El Paso in 1949 because of fort bliss and eventually settled in northeast El Paso. My grandfather was born in Olyphant, Pennsylvania and his parents was Italian immigrants from southern Italy. My Grandmother was born in Trenton, New Jersey. She was of Irish and English descent. 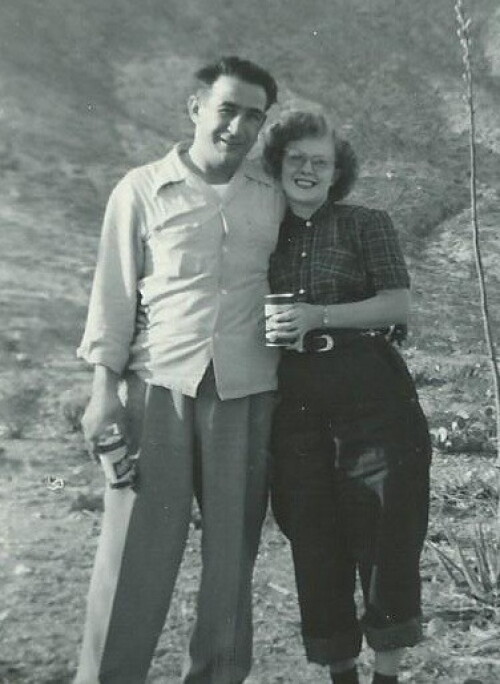 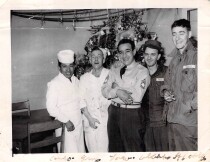 My parental Grandfather, John J. Longo , Dec 25,1953. My grandfather is the third person going right in the middle.

One of My Homes

This is a sign posted outside of the front gate of Fort Bliss military base. It has been a home... 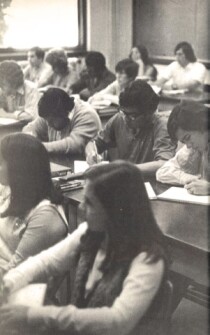 Startup funding for the college was acquired when Senator Joe Christie, the Board of Trustees and citizens of the community... 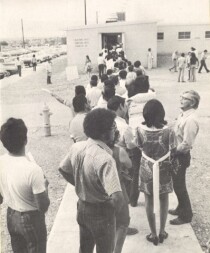 First EPCC students in line to register for classes at the first El Paso Community College "campus" on Fort Bliss.... 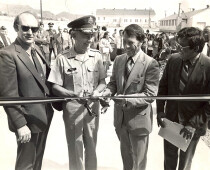 While community leaders continued to seek additional funding, the first day classes began in buildings leased from the U.S. Army... 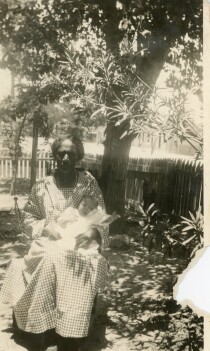 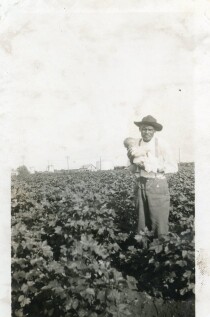 Grandpa Bill Henderson with Frances Grundy in field. Circa 1925.

Grandma Lucinda Godfrey Henderson with Frances Grundy in field. Circa 1925. 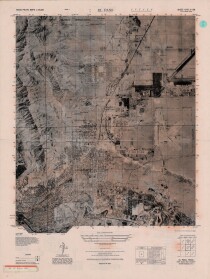 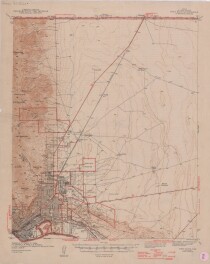 My father retired after serving 21 years in the army. 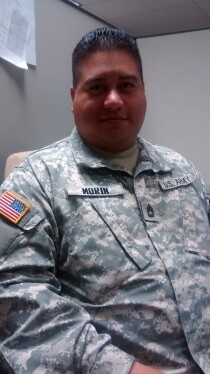 Getting Ready For Deployment - 2014