The notation on the postcard says: "Pioneer Plaza (Little Plaza) looking toward San Jacinto Plaza, El Paso, Texas 2315".
Accordingly, the image shows the Pioneer Plaza looking towards the San Jacinto Plaza (green trees). Pioneer Plaza was the hub of public activity in early El Paso; here, people gathered, news were spread and major roads and trails passed through. Due to its size, Pioneer Plaza was replaced by the
larger San Jacinto Plaza as the center of community activities later on. On the center right one can see the Cortez Hotel (brown building), and the Hilton Hotel in the front (red building). The Mills Building is to the left of the San Jacinto Plaza (center left). The white building next to it is the White House Department Store (left).
All these buildings were designed by the famous architect Henry C. Trost between 1911 and 1930.
Based on the type of cars the picture was taken around 1950. 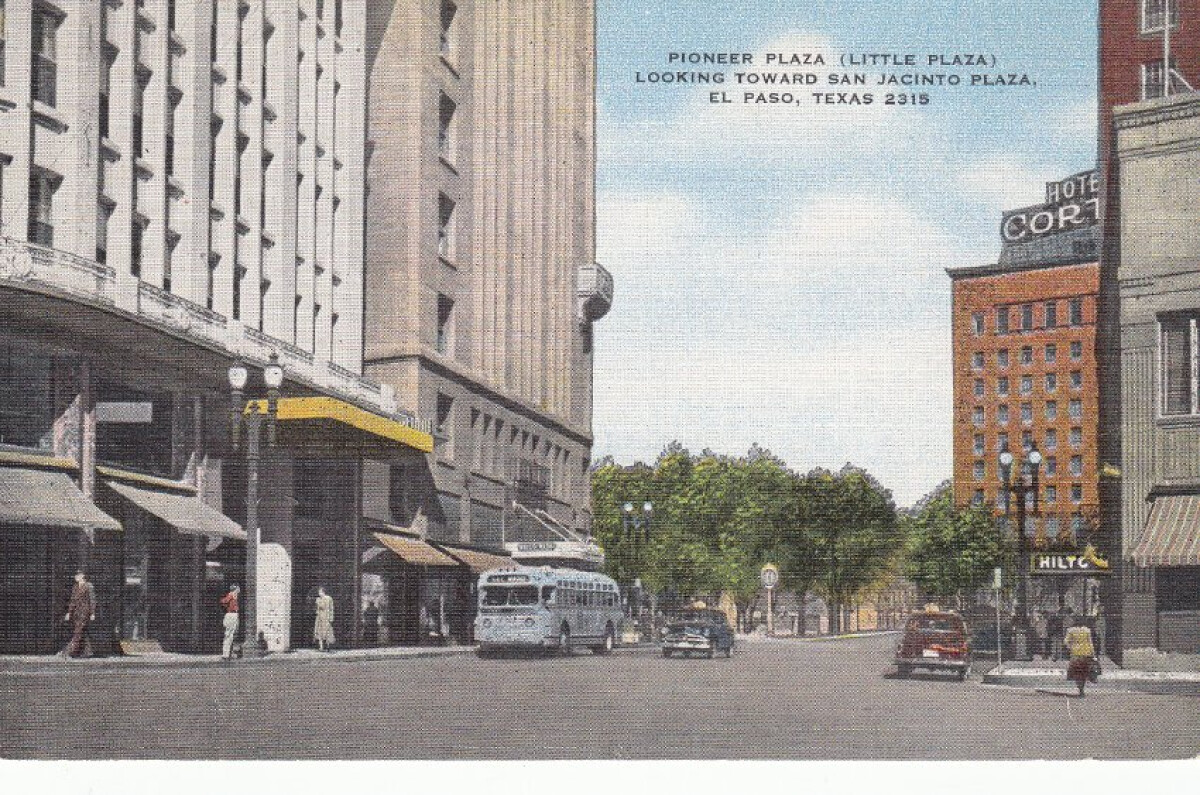