The image shows parts of the downtown area at San Jacinto Plaza, probably in the 1940s. The Plaza Hotel was opened in 1930 as the Hilton and once was one of the most luxurious and state-of-the-art hotels in town. It was renamed Plaza Hotel in 1963, until it closed its doors in 1991. To the left, the Kress building is visible. Perhaps the funkiest building downtown, this former 5-and-10 store opened in 1938 and was designed by company architect Edward Sibbert (who regarded it as his favorite in the national chain). Dilapidated and threatened with receivership, this beauty once racked up the chain’s highest annual sales tally. To the right, parts of the Mills building can be seen. Completed in 1911, it was one of the largest all-concrete buildings then constructed. 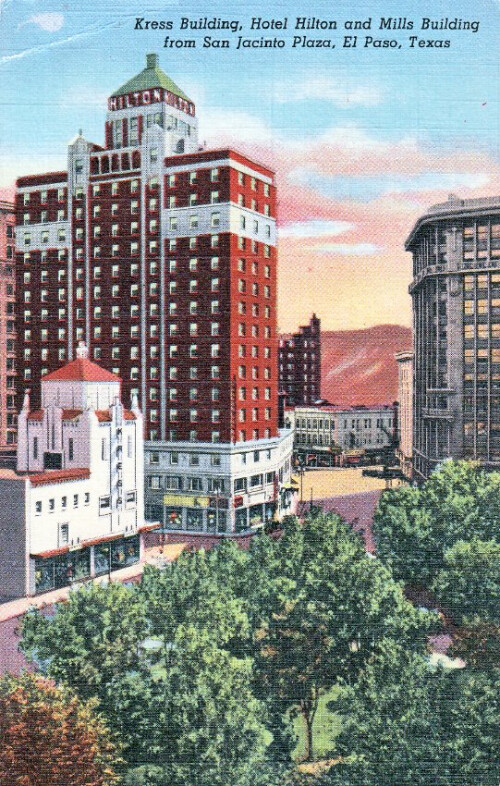