In 1981 a graduating class of Douglass High School held a reunion in El Paso, Texas. In September 1883, El Paso's black families organized a private school and named it after Frederick Douglass. Douglass (1817-1895) escaped slavery and devoted his life to the abolition movement and black rights in the United States. Douglass School became a public school in 1886, when the trustees of the El Paso Public Schools included black children in the educational program of the city. A four-room brick building was erected at a corner of Fourth and Kansas streets. In 1896, after 10 years as a grammar school, 12 students enrolled in the new high-school program at the school. Over the next four years, some of the original 12 students left school to work or to marry, or they moved away. On May 28, 1900, two of the girls from the original 12 students became the first black students to graduate from high school in El Paso. 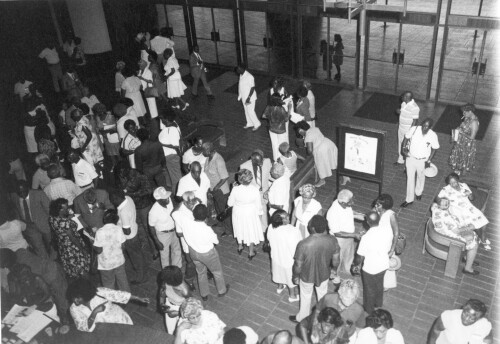