Margie with friends with champagne glasses. The quince dress was her mother's wedding dress

I think this photo was taken in El Paso, TX. Notice plaid jackets.

It's so beautiful to see old pictures like this! I love hearing my tias tell their stories, especially in this picture! 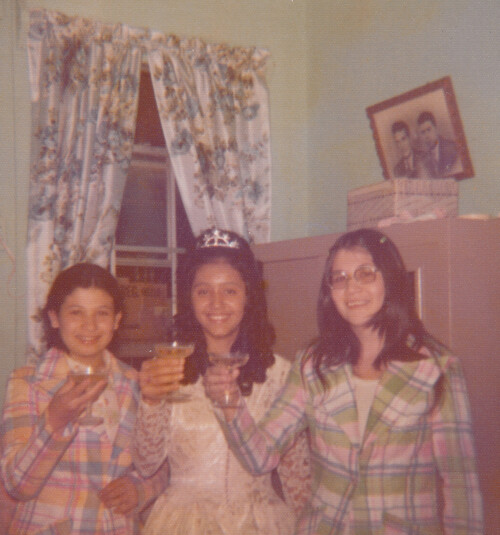