Photo taken in living room, carolers from Bowie would come stop by their home for a posada and would have tamales, and hot chocolate, the nativity won a contest. 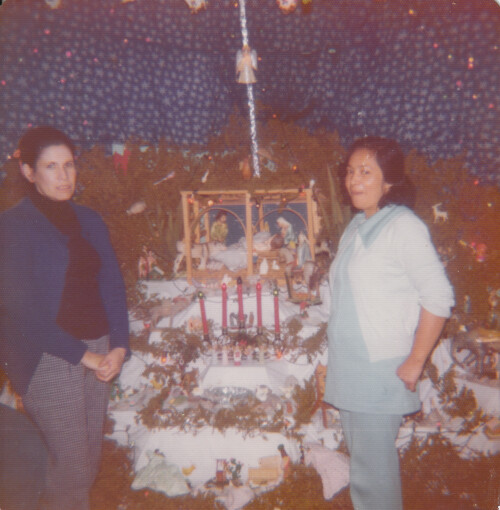