Cruz is with her parents in the kitchen 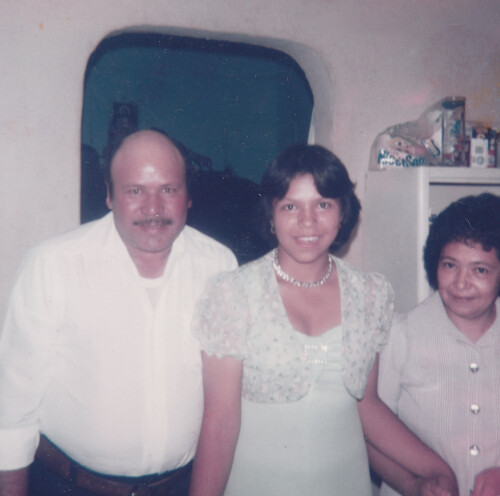